As the next tax year commences on April 6, new trends and reforms could shape property portfolios for months to come. We’ll outline the key points investors, landlords, and brokers need to know about the 2023/24 tax year, as well as how MFS can assist you for the months ahead.

One of the few remaining policies from the ill-fated mini-budget 2022 was a cut to Stamp Duty – the tax paid when buying a property. Under the new changes, if a landlord buys a property that they plan to live in (and have already owned a house before), they’ll be expected to pay the following rates on each portion of the price of the property:

However, for first-time buyers, the threshold has increased from £300,000 to £425,000 to try and support the lower and middle echelons of the market.

Moreover, for landlords or investors who are purchasing another property, holiday home or buy-to-let property (i.e. any property they don’t plan on living in on a permanent basis) for more than £40,000, they will be expected to pay an additional 3% on each tier of stamp duty in England and Northern Ireland. In Wales and Scotland, they’ll have to pay 4%.

As such, the Stamp Duty rates for buy-to-let landlords in England will look more like this in the 2023/2024 tax year:

For overseas buyers, there is a 2% surcharge in addition to the normal rates, as well as a 3% buy-to-let surcharge. Therefore, foreign buyers of holiday homes or buy-to-let properties will pay 5% more than the standard rate for UK nationals.

It’s worth noting that the Stamp Duty threshold will drop to £125,000 from March 2025. There is a free-to-use stamp duty land tax calculator available on the government’s website which can help you work out what you may need to pay.

Of course, this hasn’t been the most popular decision amongst landlords and investors. It means landlords will have to pay more tax on the profit they make from a property or buy-to-let property sale. Indeed, unlike other assets which are taxed at 20% of their profits, residential property carries a 28% CGT charge for higher or additional rate taxpayers.

Landlords could have faced a costlier outcome, however. It was rumoured that CGT rates could double ahead of the Autumn statement 2022. Property investors were relieved to see this did not come to fruition.

One of the most common questions landlords ask is ‘what will the tax rates be for the next financial year?’ In the Autumn Statement, the Chancellor hinted he wanted ‘those with more to contribute more’. But also that he’d like to avoid tax hikes that could limit economic growth.

His predecessor, Kwasi Kwarteng, tried to make unfunded cuts to the amount of tax that the highest earners paid. This led to the dramatic reaction we saw from the financial markets. But as we discovered, despite the headline tax rates staying where they were, the threshold at which people pay them has been frozen for a further two years (until 2028). This will translate to a real terms tax increase for many.

The threshold for National Insurance and Inheritance Tax has also been frozen. The inheritance tax threshold, for example, will stay at £325,000 with a rate of 40% until 2028. Additionally, the threshold for the highest tax rate has been dropped from £150,000 to £125,000 – with Hunt aiming to generate an extra £1.3 billion in tax revenue.

For the more than 600,000 people who earn over £125,000, this will increase their tax bill by at least £1,200. Landlords with multiple properties and large portfolios will likely be affected by this.

To clearly outline the different thresholds for the amount of tax that landlords will pay on their rental property income in 2023/24, we have created the table below. Please note, however, that while we are focusing primarily on property income, income from wages, self-employed profits, pensions, benefits-in-kind, reimbursed expenses, and redundancy payments can all be counted as taxable income.

What’s more, these tax rate primarily concern those who are investing as individuals. But landlords can also invest in buy-to-let property via limited companies, partnerships, and other corporate structures. Should you invest through a company, the profit you’ll make will be liable to corporation tax instead, which is currently 19%.

How you’ll be taxed will be dependent on your unique circumstances and setup. As such, you will need to work with a tax advisor to fully understand what you’ll owe.

Before April 2020, landlords were able to deduct their mortgage expenses from their rental income. With this tax relief they could lower their tax bills by as much as 40%. Since the first full month of lockdown, the system has changed. Now, buy-to-let landlords can claim a tax-credit that’s based on 20% of their mortgage interest payments.

As such, higher or additional rate taxpaying landlords are no longer able to claim buy-to-let tax relief, as the credit only refunds tax at the 20% basic rate. It could also push some landlords into a higher tax bracket. This is owned to the fact that they’ll need to declare the income that was used to pay their mortgage as well.

Indeed, these mortgage restrictions apply only to individuals, so landlords who purchase their buy-to-let properties through a limited company are exempt, so pay tax on profit rather than income.

From the start of the new tax year, the Dividend Allowance will be reduced to £1,000. This amount will then be halved in April 2024 to £500 per year. This could affect those who receive dividends from a property investing company.

The 2022/2023 tax year has been defined by several macroeconomic trends that have contributed to a cost-of-living crisis. With the UK facing a recession, the property market faced a difficult start to 2023.

With inflation at 9.2% and base rates continuing to rise, mortgages will still be out of reach for many prospective buyers. As such, it’s likely that we will see a cooling-off period in demand and house prices in 2023. Indeed, according to Knight Frank, prices will fall by 5%, but should be supported by low supply and the stamp duty cuts.

There is some good news in the economy, however. While the 9.2% recorded in December was high, it was a slight drop from 9.3% in November. And despite a long recession expected, GDP grew by 0.5% in October.

Also, while mortgage rates will likely remain high in comparison to the last decade, they could come down from their current highs of around 6%. Should the Bank of England base rate peak at 4.5%, we expect rates should drop to the 5% mark. This will also be dependent on Rishi Sunak continuing to stabilise the economy.

Despite house prices decreasing, rental prices look set to continue to rise. In fact, according to the Royal Institution of Chartered Surveyors (RICS), they’ll grow by 15% in 2023. With 142% more people looking for rental accommodation in 2022 than pre-pandemic, demand continues to outstrip supply. This will support prices and rental yields in the new year for buy-to-let landlords.

How to navigate the new financial landscape

There could still be challenges for landlords, investors, and brokers to navigate in 2023. To fully manage these challenges, you’ll likely need to work with accountants, financial planners, and other experts. While MFS are not tax advisors, we will be there to support your property investment plans continously.

As the economic landscape becomes more complicated, it will be increasingly important for you to find financial solutions and products that best match your needs. The specialist finance market embraces the kind of flexibility that high-street lenders and big players shy away from. At MFS, we can move quickly and adapt where things go wrong, which is common during times like these.

To help borrowers in unique or complex circumstances, we do not rely on a tick-box criteria for assessing bridging loan and buy-to-let mortgage enquiries. Instead, we take the applicant and the property into consideration. We view your full picture, judging your case on its individual merit.

Moreover, once we agree to terms, we do not change our rates at any point during an application process or bridging term. We present all our charges from day one. This ensures there are no hidden fees or nasty surprises, allowing you to invest with confidence.

To find out more about how MFS could assist landlords, investors, and brokers in the 2023/2024 tax year, please head to our website: https://www.mfsuk.com/ 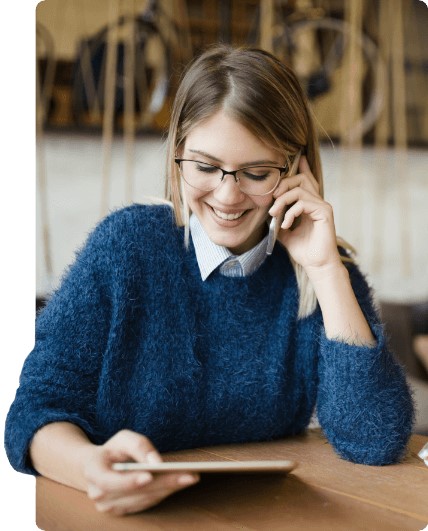 Get in touch via phone, chat or email about your query, however complex it might be. We are here to help. 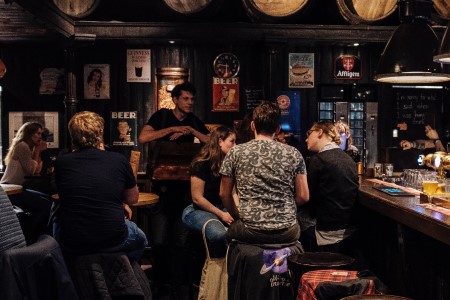 Pub refurbishment plans – what do patrons want from their locals and can you take advantage?

Our precious pubs may have saved the economy. Despite everything thrown at it, the economy continued to grow in November. GDP rose by 0.1%, eked out by pubs and restaurants…
BlogBridgingBuy-To-Let 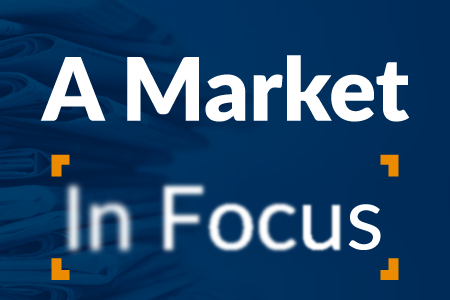 MFS: A Market In Focus – Breaking Down the Biggest Property News

Connor Coombe-Withlock is exploring for MFS the current news and trends in the financial and property markets. Discover what he’s got to say. I love a comeback story 19 January…
BlogBridging 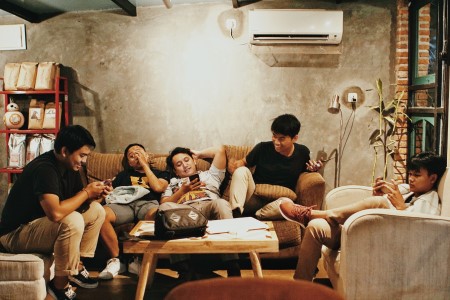 HMO bridging finance: How it can support your property investment plans 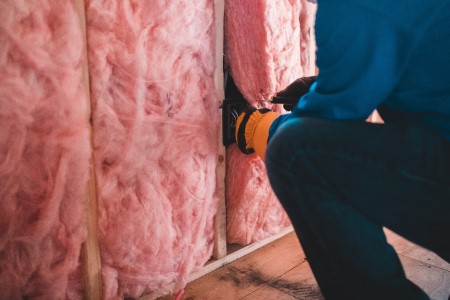 How much does cavity wall insulation cost? Is it worth it?

Sustainability and climate change become increasingly important to both buyers and renters. As such, insulation is being recognised as one effective way to improve a property’s energy efficiency. On top…
Press Releases 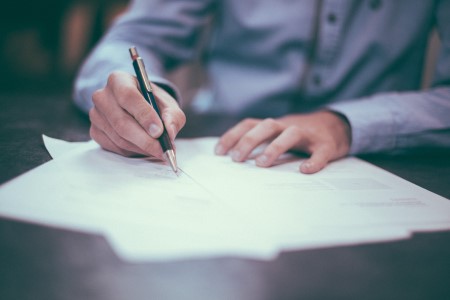 Market Financial Solutions (MFS) has now secured charges against more than £1.5 billion worth of UK property assets, with a loan book nearing £1 billion. The specialist lender had previously…
BlogBridging 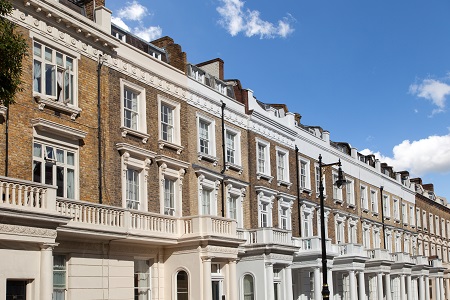 How many houses are in the UK and where could you look for opportunity?

Much is written about supply and demand within the UK property market. But it can be tricky to visualise just how many houses are in the UK. Let alone understand…
BlogBridging 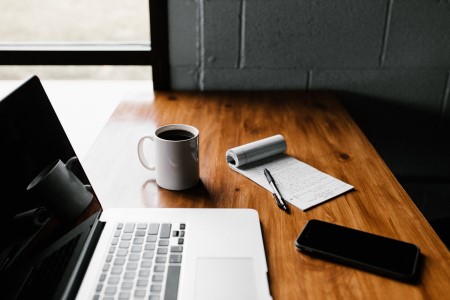 Self-employed lending criteria: Why has it tightened and can specialist finance help?

The self-employed are facing a difficult time in the property market, with self-employed lending criteria tightening in the mainstream. Those working for themselves were hit particularly hard by the pandemic,…
Press Releases 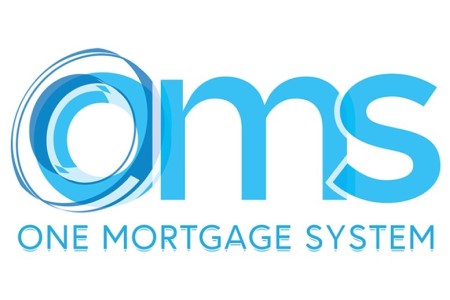 Market Financial Solutions (MFS), the specialist bridging and buy-to-let lender, has chosen One Mortgage System (OMS) to be its primary origination platform partner. This partnership will enable effective landlord and…
BlogBridging 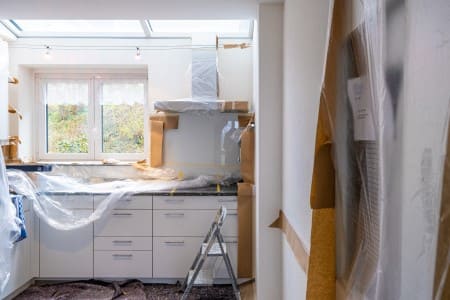 Renovation work could be a top priority for property investors in 2023. The trends we’ve seen in the market may force many to think about upgrading their portfolios, as opposed…
BlogBridging 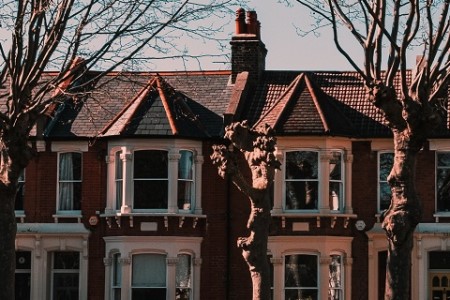 How did the specialist finance market fare in 2022 and what bridging trends could emerge in 2023?

We faced a challenging year in 2022. Rising interest rates, a cost-of-living crisis, and political instability put the wider economy under pressure. The property industry was not immune to this.…
Menu
This website uses cookies.
Okay