Understanding interest rates: Why are mortgage rates on the rise?

Understanding interest rates and their intricacies is crucial, as everyone worries about what rising rates will mean for their finances. But what exactly are interest rates and how do they affect your assets? And why is it such a big deal that they’re rising?

To fully grasp just how monumental the recent shifts are, you’ll need to understand the basics. There’s little point in trying to prepare a portfolio for seismic changes if understanding interest rates from the outset is a challenge.

How do interest rates actually work in practice?

An interest rate can be thought of as either the cost of borrowing, or the reward for saving. It is the sum a lender charges a borrower on top of the amount lent out.  It’s usually shown as a percentage of the total loan. The higher the percentage, the more you must pay back.

These lent funds can take on many forms. Including personal loans, credit cards and of course – mortgages. When this borrowed money is paid back, you’d pay the original amount loaned (referred to as the “capital”) plus the interest. Say you borrowed £1,000 with an annual interest rate of 10%. You’d need to pay back the original £1,000 plus £100 (the 10% interest). So, £1,100 would be due once the year was up.

If you’re a saver, interest rates will determine how much money is paid into your account. If you put £1,000 into a savings account with an annual interest rate of 1%, you’ll have £1,010 by the end of the year.

How interest rates move is mainly determined by central banks. The Bank of England (BoE) is ours, and its recent decisions have made headlines.

Central banks are financial institutions that control the production and distribution of money and credit within an economy. They manage monetary policy and the regulation of commercial banks. This can be done for a single country, or group of nations. The UK has the BoE, while the European Central Bank represents 19 European countries. In the US, the Federal Reserve System works for all 50 states.

All central banks are responsible for setting a central “bank rate” – often referred to as the base rate. This base rate influences the lending and savings rates offered by high street banks and building societies.  The BoE’s Monetary Policy Committee meet every six weeks and vote on whether the base rate should be lowered, stay the same, or raised. To support their decision, they analyse the latest economic data available.  It’s votes for 2022 have had a dramatic impact on the economy. Investors and consumers have been hit with a historic wake-up call.

Interest rates on the rise

In the immediate aftermath of the 2008 crash, the BoE cut the base rate to near-zero levels. This was done to support the struggling economy. If borrowing costs are lowered, it should encourage investment and capital expenditure. For over a decade, rates were kept at rock-bottom levels – baring a few small tweaks here and there. A lot of cheap credit was funnelled into property and other assets, pushing prices to unprecedented levels. Between early 2008 to now, average UK property prices rose from around £185,000 to £292,000.

However, the BoE began hiking the base rate in late 2021. It has consistently risen since then and is currently sitting at 2.25%. This is being done to try and slow down runaway inflation. Raising rates should discourage expensive borrowing and encourage saving. It remains to be seen how much of an impact this will have, given the current state of the economy. Officially, the BoE aims to keep inflation at 2%. At the moment, it’s 9.9%.

What this means for borrowers in the meantime is that it’ll become more costly to service their debt. Mortgage products and other financial options may also dry up.

Understanding interest rates on their own is less important than knowing how they affect mortgages. Mortgage lenders are free to set their interest rates, but they tend to raise or lower their deals in line with the BoE. As the base rate rises, so too will mortgage rates. Andrew Bailey, the Governor of the BoE also hasn’t been shy in saying he’ll “not hesitate” to raise rates further if needed. Commercial lenders are noting his warnings carefully.

Lenders have been puling deals from the shelves in anticipation of more hikes. To get an idea of what could be on the horizon for mortgage rates, you could look at the money markets. Swap rates are what lenders pay to financial institutions to acquire fixed funding for a specific period of time. While complicated, they’re essentially hedged bets on what banks think will happen to interest rates down the line.

Swap rates tend to be a leading indicator for mortgages. When swap rates rise, mortgage rates tend to follow. Swap rates have surged in recent weeks, often moving so quickly that some participants have struggled to keep up.

Of course, how mortgage rate rises will affect you specifically will depend on your individual situation. Some homeowners will fare better than others.

How will rising interest rates affect your monthly repayments?

How your repayments, and wider budget, is affected will largely depend on the type of mortgage you have. Tracker mortgages, for example, track the base rate plus an additional set margin. This could be the base rate plus 1%. Owners of these mortgages will likely see an immediate jump in costs.

On the other hand, those with fixed-rate mortgages may be able to endure rising rates. Fixed-rate deals lock in how much interest is paid for a set-period of time, usually 2 or 5 years. If a homeowner doesn’t need to remortgage for another few years, they may be able to hold out until the economy (hopefully) calms down.

The timings may be uncomfortably tight though. Fixed rate mortgage costs currently start at around 3.25% over 2 years, or 3.35% over 5 years, for borrowers with a 25% deposit, according to the Evening Standard. However, the markets have priced in base rate hikes well into 2024. Some pundits expect a peak as high as 5.8%.

These percentage increases translate into very costly monthly repayments. Following the most recent 0.5% hike, households with a £200,000 fixed-rate mortgage face a rise of £4,300 more each year when compared with September 2020. That results in an extra £358 needed every month. Understanding interest rates and – crucially – reacting to them could save you thousands. So long as you’re quick enough.

While you may assume high street banks have no choices when it comes to how they react, some of the biggest names have been criticised in recent months for unethically profiteering.

Generally, banks make profits by charging higher rates on their loans than they pay on deposits (savings). As rates rise, the spread between the two grows, as does a bank’s returns.

Banks have been accused of profiteering from rate hikes, while not passing benefits onto savers. They’ve been observed raising mortgage rates very quickly following a hike. Sometimes even doing so ahead of a change. But, they’re often not as quick when it comes to boosting savings rates. Following the 0.5% rise in August, only 2 out of 233 easy access savings accounts had seen the same raise. 26 easy access accounts (11.2%) had seen any increase at all after the 4 August rise.

This won’t be received well by consumers who struggle with rising energy bills, food shortages, and transport costs. High street lenders appear hesitant to actually lend or reward their savers. Even as they sit on huge cash sums.

Barclays, HSBC, Lloyds, Natwest, and Santander are collectively sitting on £673.5 billion in cash and balances, according to their latest results. This cash is being held within central banks themselves could generate billions more in added interest. Yet, the average easy-access account across these five banks pays only 0.14%. Furthermore, some of the biggest names have removed nearly 1,000 mortgage products. This includes Virgin Money, Halifax, and TSB.

Investors looking for salvation on the high street may end up disappointed. Understanding interest rates and the typical reactions to them could prevent a lot of headaches. As chaos and uncertainty looms within the mainstream, specialised lenders will play an increasingly important role in the property market. 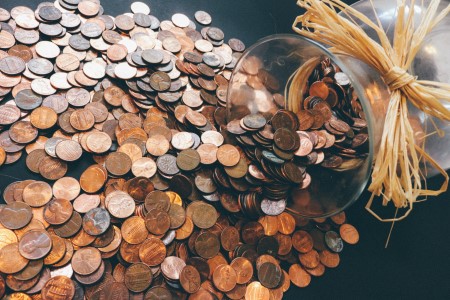 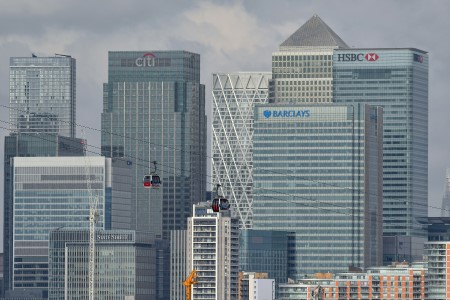 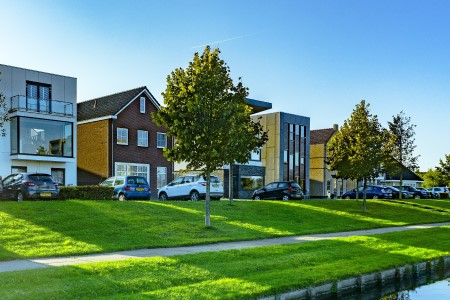 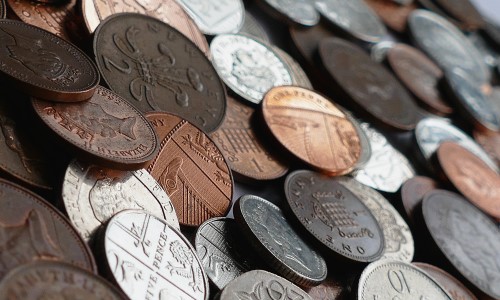 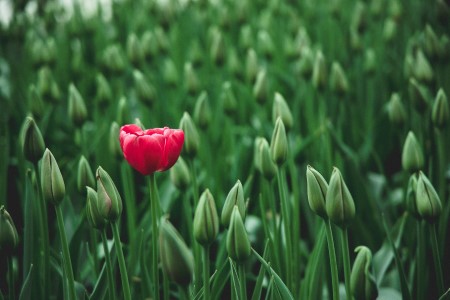 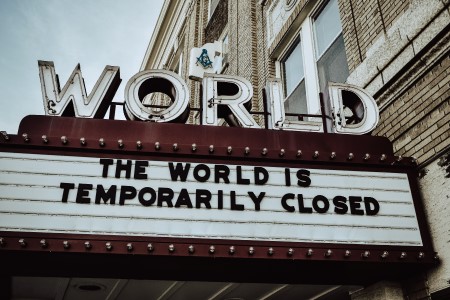 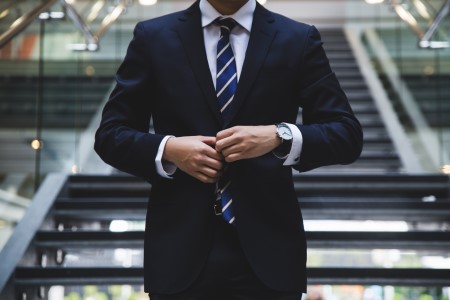 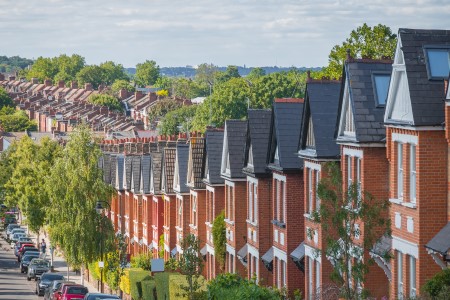